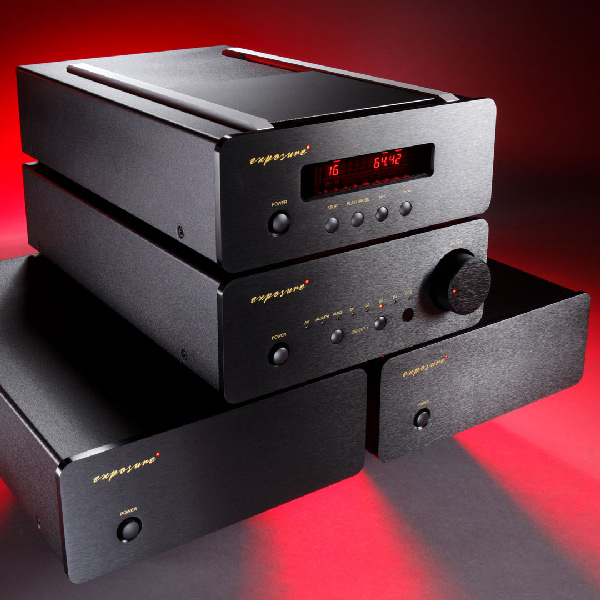 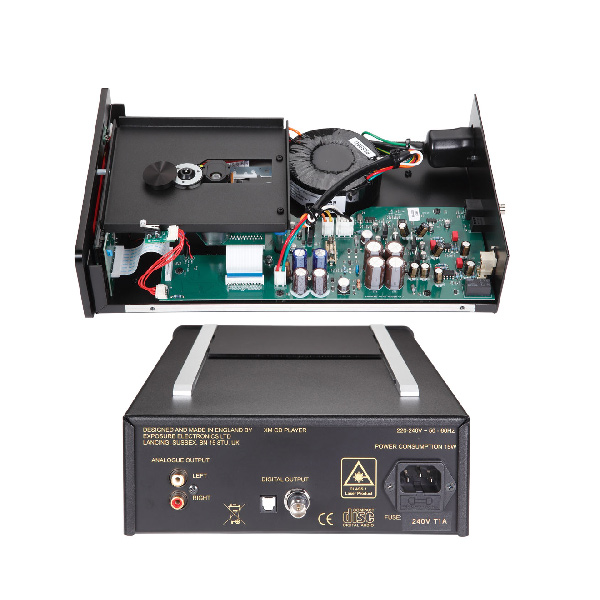 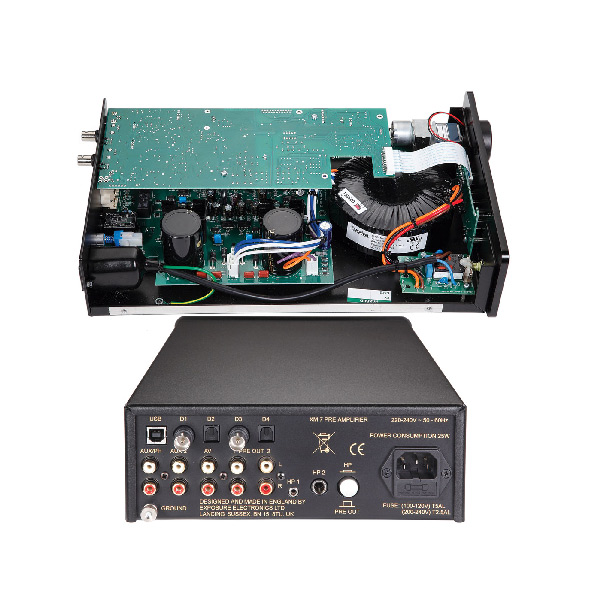 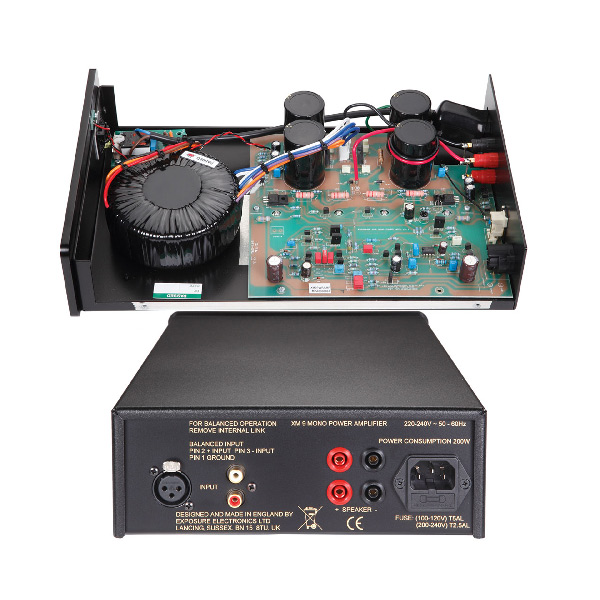 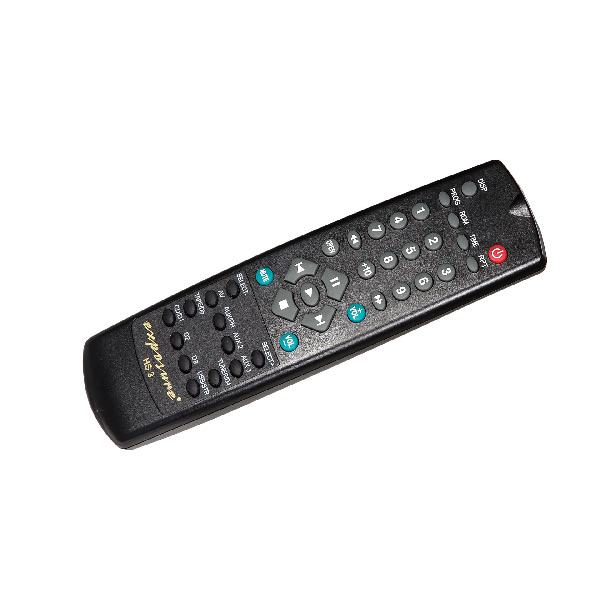 Big equipment equals good sound? This kind of thinking seems to have many believer. After all, we are generally accustomed to using devices with a 17-inch panel width, so that a narrower panel seems to be a feature with limited performance. Isn't that true? In fact, some parts don't need to be that big and still remain lots of space inside.

On the other hand, it is more practical to use smaller equipment. This is why Exposure, a British audio manufacturer that is often known for its affordable and powerful functions, offers the "XM series" with a panel width of about 22cm in addition to the regular "L" size model.

If we put the XM CD player and XM7 pre-amp side by side on top of the same two side-by-side XM9 mono rear stage, their combined width is exactly the same as the 17-inch panel width of a conventional hifi device. The key point is that there are two completely independent XM9 mono amplifiers, each with its own power source, so as to get the best left and right channel separation. You can also choose to place the two XM9s close to the speakers. Keep the speaker cable short. Of course, this requires a slightly longer signal line than normal to connect to the front stage, but given that the front stage has a lower output impedance, this is not a problem at all. The XM7 preamp is also the only model in the series that challenged "half the size". Therefore, the designer developed a two-layer structure for it, placing the digital board on the top of the case.

The internal double structure of the front stage
In addition to the analog high-level and vinyl turntable MM cartridge input, the XM7 preamp also provides four digital inputs, as well as a USB interface for connecting to a computer and an AVBypass option. In order to make the signal path as short as possible, Exposure placed the toroidal transformer behind a solid panel. The back panel even has two headphone jacks; one 3.5mm and the other 6.3mm, which can be turned on by pressing the side button, and there are two sets of front-end signal output, one set can be connected to a subwoofer.

Furthermore, another set of front-end outputs can be connected to two XM9s, and the bipolar power transistors from Toshiba can generate more than 180 watts of peak output power under a 4 ohm load. Because of their low power consumption, they hardly generate heat. Surprisingly, even with B&W large 800D3 floor speakers, two XM9 power amplifiers can be well controlled, and the high damping coefficient is undoubtedly the factor. The combination of XM7+XM9 is not afraid of any challenges.

Choose analog or digital connection?
Another interesting question is, which is better for the analog or digital output connected to the XM CD player? I used Chord Company Epic analog RCA cable to connect, Paul Kuhn and Best created "Young At Heart" with vivid audio and video, showing a greater sense of space. When connected with the same brand C-lite optical fiber cable, the sound sounds smoother and brighter in space, which is actually just a matter of taste.

Because it is equipped with a spring shock-absorbing CD drive and a 24bit DAC chip, it is combined with a top thrust cap CD drive to insert the disc, and a magnetic disc ball is used to fix the disc. The CD drive can slide smoothly across the guide rail and operate smoothly. In order to ensure that there will be no interference between the digital circuit and the analog circuit, the toroidal power transformer provides independent power supply with independent windings. Decoding the ultra-precision clock ensures extremely low time base jitter and precise interaction between all functions.

Exposure Three Swordsman has a good flexibility, like a very three-dimensional relief, successfully combining powerful bass and subtle timbre. In this respect, he even beats Exposure's larger CD Player 3010 S2 CD, which is more expensive and outstanding.

MM singing and playing
The XM7's phono MM input is also top-notch, it sounds relaxed, delicate and brisk, but at the same time it is stronger than the sound when we play the same recording through a CD player. This is why you can use a slightly warmer phono cartridge, such as MoFi's MasterTracker cartridge and the same factory UltraDeck + M turntable is a perfect match.

All in all, the rich and colorful music system has left a deep impression on people with its appropriate and exquisite sound quality. Due to the small size of the XM series, there are no sound or performance limitations. People who have been in contact with the Exposure XM series will definitely become fans of the brand. This is a challenge for some competitors. This is why the "X" in the name is understood to be inherently great.